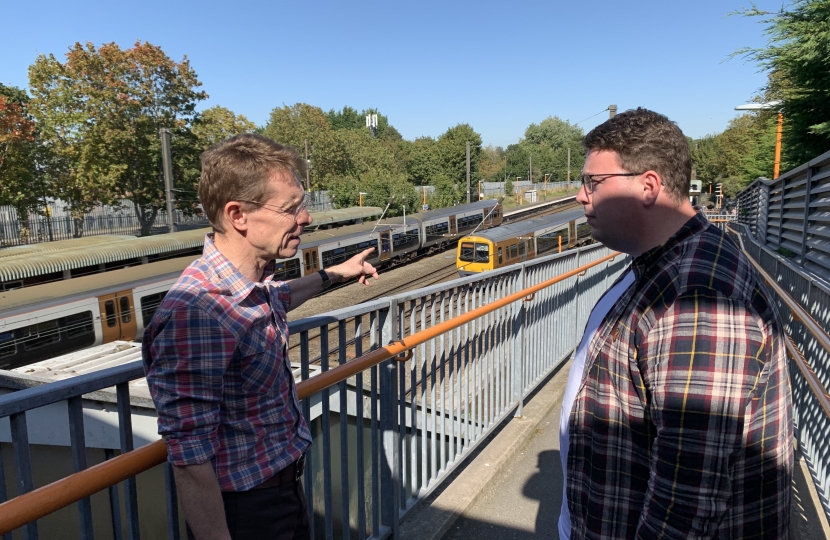 Birmingham’s latest train route, the Camp Hill line should terminate at Longbridge, a candidate bidding to become the next MP for the area has insisted.

Gary Sambrook, who is standing as the Conservative parliamentary candidate for Birmingham Northfield, has written to West Midlands Mayor, Andy Street to champion the idea of Longbridge Station being the eventual terminating station for the new £40m route which will run across South Birmingham from New Street, calling at soon to be built Moseley, Kings Heath, and Hazelwell stations.

The project, he says, would drastically improve public transport for the people of Birmingham Northfield and with the cross-city line no longer terminating at Lonbgridge this means there should now be capacity for the trains to turn around at Longbridge.

“Andy Street has done a fantastic job in getting funding in place to reopen the Camp Hill line and following a £15m funding boost from the Department for Transport, we are closer than ever in seeing the line fully operational for commuters.

“With the decision still to be made on where the line will terminate, I have written to Andy Street to ask for the line to terminate at Longbridge. This would benefit our area in many ways: More services will be stopping at Kings Norton, Northfield, and Longridge, with more capacity for people commuting into and out of the city centre. Reducing congestion and pollution in south Birmingham, giving a practical alternative to driving into the city when the clean air zone comes into force.”

“Further investment of an additional line would improve conditions on the cross city line in south Birmingham, which is currently often over crowded in peak times, would bring less cramped services and people more likely to get a seat. In addition to the new park and ride and cycle storage facilities around the stations it would increase train usage across Birmingham Northfield. Local people are backing this plan and I urge the Mayor to as well.”

“Gary Sambrook’s campaign is a great example of how our plans to re-open Moseley, Kings Heath and Stirchley stations along the Camp Hill line could deliver new services not just to those communities, but also into Kings Norton, Northfield and Longbridge. I think what Gary proposes is an exciting idea that would really transform rail services in this part of South Birmingham and I will certainly be looking seriously at how this might be delivered.”

“After decades of underinvestment and decline our rail network is being turned around with use increasing and genuine progress on opening up new stations and providing extra services – I know Gary will be tenacious in continuing to champion Kings Norton, Northfield and Longbridge being a big part of this railway revival.”

Today we have published our Covid-19 UK Vaccines Delivery Plan, setting out how we plan to deliver the biggest vaccination programme in British history, to protect all those who need it most as quickly as possible.