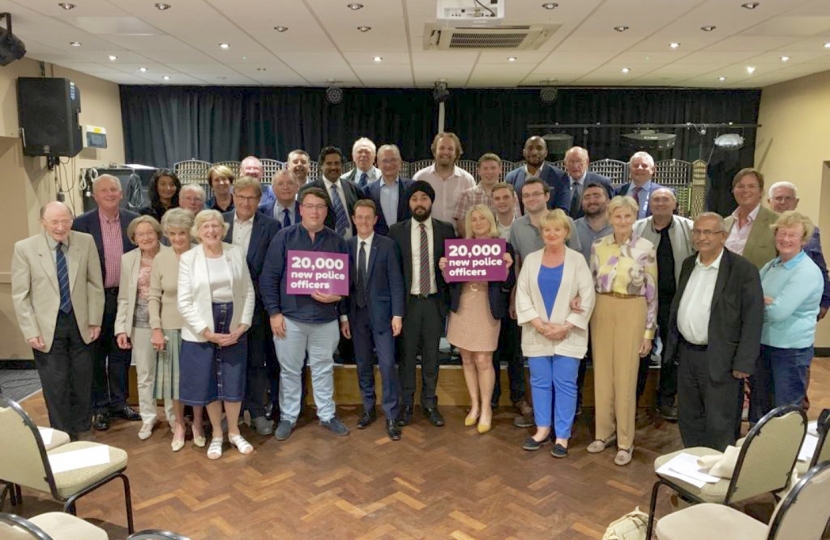 The Conservative candidate to be the West Midlands Police and Crime Commissioner has pledged to "freeze and review" Labour's police station closures if elected.

Jay Singh-Sohal, 36, who was raised in Handsworth and now lives in Sutton Coldfield, was selected as the Conservative Party's candidate, soon after the Prime Minister's announcement in Edgbaston that an additional 20,000 police officers would be recruited across the UK.

Captain Singh-Sohal is a Birmingham-born British Sikh, who actively serves as an officer in the Army Reserves. A strategic communications project director within the security and defence sector, he was previously a local journalist at ITV Central and producer at Sky News. Moved by the need to serve his local community, this is the first time he is standing for public office.

Current Labour PCC David Jamieson is stepping down in May 2020. His period in office has seen an increase in crime, controversial decisions including a raft of police station closures in communities across the West Midlands, while at the same time giving the PCC's Headquarters at Lloyd House, in central Birmingham, a multi-million-pound upgrade.

Mr Singh-Sohal said a freeze and review of the closure programme would be his first priority.

"Labour have pursued a major programme of police station closures across the West Midlands, hitting communities across the region, and there's yet more closures to come," he said.

"This erosion of a permanent neighbourhood police presence will cause nothing but problems for local law enforcement and community assurance. As Police and Crime Commissioner my first priority will be to freeze and review Labour's closure agenda, to identify where we can save local police stations or create alternative provision for the communities that are affected."

Mr Singh-Sohal also said he would change the approach of the PCC. He said the current Labour incumbent had used the post for political posturing and attacks on the Government, rather than working positively with Government to secure more resources and "getting on with the job" locally.

"I am not a professional politician, and this is the first time I am standing in order to make a difference," he said. "I know residents want to see party politics put aside and for us to just get on with the job of making the West Midlands a better place to live. I would take a similar approach to the West Midlands Mayor Andy Street and work in a positive, pragmatic and professional way to secure more resources from Government and target them where they are most needed. The adversarial political approach that Labour have taken with the role of PCC is not helpful in improving livelihoods and I will change that."

Mr. Singh Sohal said he would work "hand in glove" with the Mayor to deliver for the region, adding that the West Midlands Combined Authority and the Police Authority would benefit from closer co-operation to leverage resources and ideas towards tackling crimes, as well as the conditions that allow criminal activity to take place. Such improvements to the way the commission currently works would be with the intention of putting resources towards frontline officers.

He said: "Andy Street has shown that a different, business-like non-political approach gets the results we need to project us forward as a region - with huge amounts of funding being brought in and reputation of the West Midlands enhanced. I will take the same approach towards our police - to win more resources for them in the vital fight against crime."

West Midlands Mayor Andy Street said: "I am delighted that Jay has been selected as candidate for Police and Crime Commissioner. He has a great West Midlands background and isn't just another politician looking for a new job.

"We have had some good news nationally on policing recently and I think Jay as Commissioner would provide more good news locally, with his focus on working positively for a better deal. I am also pleased with his commitment to freeze and review the police station closure programme that is hitting communities across our region."