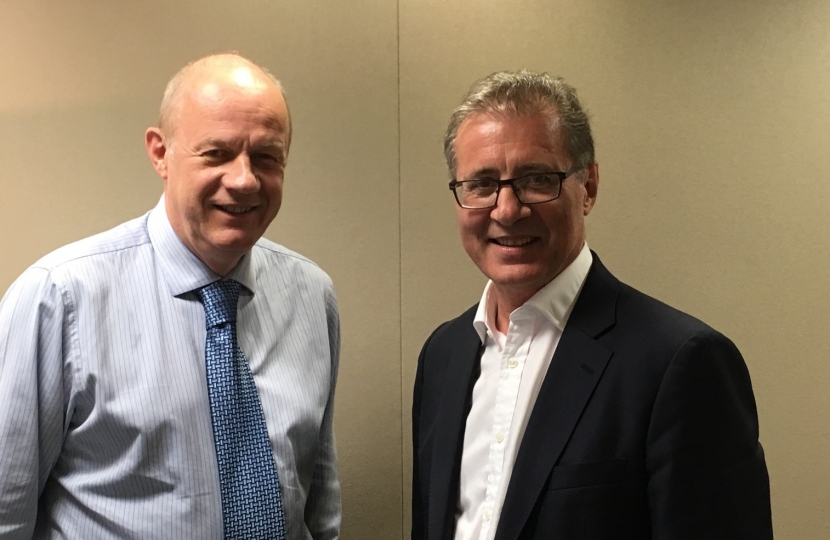 Rugby’s MP Mark Pawsey has been promoted to serve as Parliamentary Private Secretary to the new Secretary of State for Work and Pensions, the Rt. Hon. Damian Green MP.

Following her election as Prime Minister, the Rt. Hon. Theresa May MP, has formed a new Ministerial team to deliver serious reform and make a country that works for everyone. Within that team Damian Green MP, as Secretary of State for Work and Pensions, has overall responsibility for welfare, pensions and child maintenance policy. Mark will be working closely with him at the UK’s largest public service department.

Speaking after the appointment, Mark said: “It is a great honour to have been asked to support Damian Green MP in his role as Secretary of State for Work and Pensions. I look forward to working with him as we continue to deliver a welfare state that works for everyone.

“Within the DWP the Conservative Government has committed to deliver major reforms to place fairness at the heart of the welfare system. This includes completing our manifesto commitment to implement Universal Credit, which has already helped many residents here in Rugby to get back into work.

“I know Damian has the vision and drive to ensure that the DWP delivers in its crucial areas of responsibility, most of all creating a fair and affordable welfare system which improves the life chances of children and transforms lives by guiding people back into work. We will also continue to look after those who have worked hard all their lives by providing a fair and decent pension for those who are retired.”