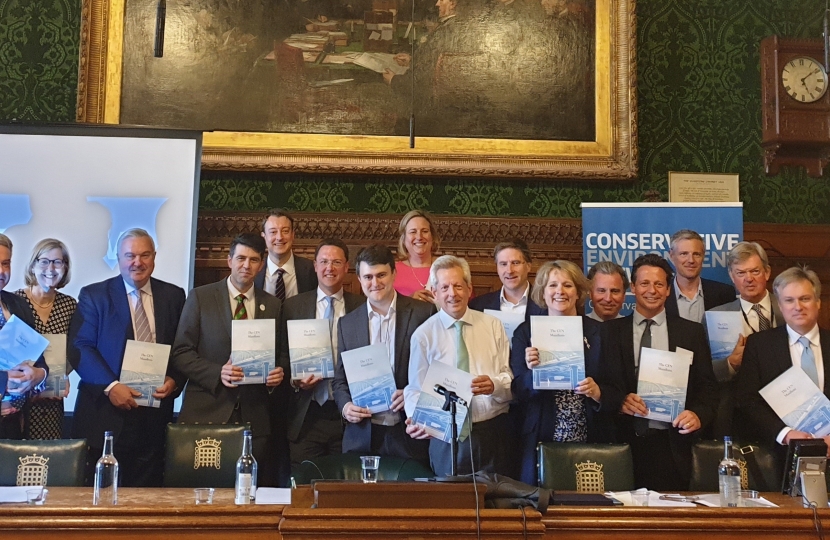 Nigel Huddleston MP has given his support to the launch of a new environmental manifesto that explores new policy ideas to address climate change and biodiversity loss.

Mr Huddleston is a member of the Conservative Environment Network (CEN) MPs‘ caucus, and has signed the manifesto's declaration. The Declaration acknowledges the gravity of the global environmental crisis and our duty to preserve and restore our planet for future generations.

His support for the manifesto follows his work with Conservative colleagues to encourage constituents to sign a petition which urged the Government to make every effort and ensure the UK hosts the COP26, the next international summit on climate change.

Speaking after the manifesto launch, Mr Huddleston said: “climate change is the most important issue of our time, my constituents have asked me to do more, and this is the first step in that.

I absolutely support the manifesto’s five core principles, which includes committing the UK to displaying global leadership on this important issue and supporting innovation to deliver the net zero emissions target.”

Last month Parliament passed a law which commits the Government to ending Britain’s contribution to climate change by 2050.

Mr Huddleston welcomed this commitment in the House of Commons chamber, and recently met  Mid Worcestershire residents at a mass lobby event in London, where people from across the country travelled to Westminster to lobby MPs to commit to tackling climate change.

The Conservatives will not tolerate prejudice or discrimination

We have commissioned an independent investigation any concerns about prejudice and discrimination head-on. Because no matter your background, you should be able to feel you have a home within the Conservative Party.