Our Plan for Britain 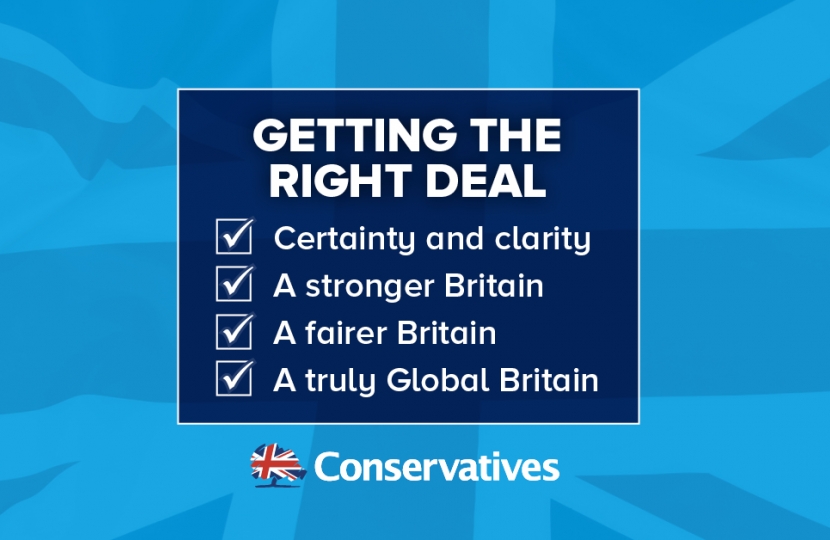 In a major speech on the United Kingdom’s decision to leave the European Union, the Prime Minister has called for a truly Global Britain – an independent, self-governing nation working with our European allies and trading with the rest of the world.

A little over six months ago the British people voted for change – to shape a brighter future for our country, to leave the European Union and to embrace the world. And it is the job of this Conservative Government to deliver it and to get the right deal for Britain as we do.

That means taking the opportunity of this great moment of national change to step back and ask ourselves what kind of country we want to be. To pursue 12 objectives that amount to one goal: a new, positive and constructive partnership between Britain and the European Union.

We want to be a truly Global Britain – the best friend and neighbour to our European partners, but also a country that reaches beyond the borders of Europe and embraces the world. A country that gets out into the world to build relationships with old friends and new allies alike – a great, global trading nation that is respected around the world and strong, confident and united at home.

And we seek a new and equal partnership with the EU – between an independent, self-governing, Global Britain and our friends and allies in the EU. Not partial membership, associate membership or anything that leaves us half-in, half-out of the EU.

And as we negotiate that partnership, we will be driven by some simple principles: we will provide as much certainty and clarity as we can at every stage. And we will take this opportunity to make Britain stronger, to make Britain fairer, and to build a more Global Britain too.

The 12 objectives amount to one big goal: a new, positive and constructive partnership between Britain and the European Union.

Please share your views on our plan for Britain. Take the survey now by clicking here