Sort out mobile contracts and save customers money demands MP 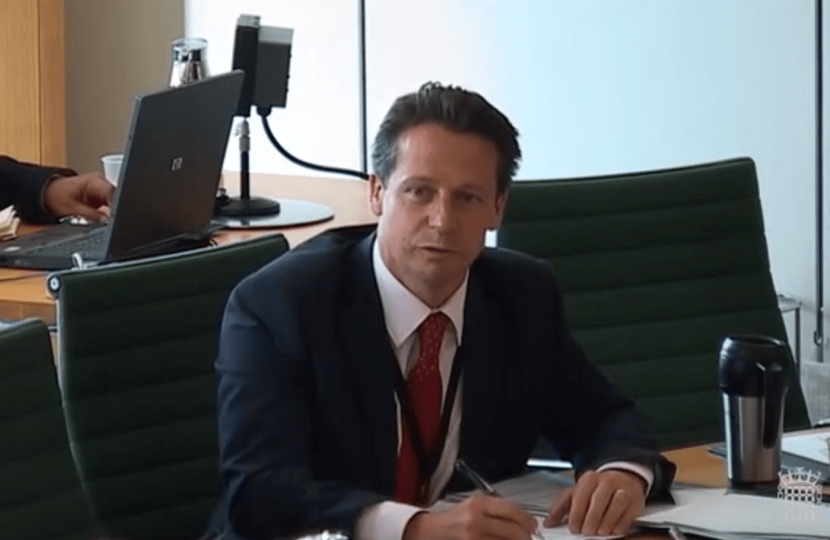 Nigel Huddleston MP has called on OFCOM* to review mobile phone contracts and make it easier for people to switch operators.

The newly appointed Chief Executive of OFCOM, Sharon White, gave oral evidence to the Culture Media and Sport Select Committee at which Mid Worcestershire’s MP, Nigel Huddleston, took the opportunity to quiz her about mobile phone contracts and tariffs.

“About half of the population have never changed their carrier and according to ‘Which?’ (the independent consumer guide) this means that 72% of mobile users are on the wrong contract for their actual needs, costing mobile users £5.4billion a year – or the equivalent of a penny on income tax”.

He went on to ask Ms White what OFCOM was going to do to enable easier switching of mobile carriers and what she would do to encourage mobile companies to make sure people are on the cheapest tariffs.

Sharon White replied saying that mobile switching was “the next big thing” on OFCOM’s radar and they would be conducting a review into switching and tariffs shortly. She said that OFCOM were looking to potentially change to a ‘gaining provider led’ switching system – which means consumers would only need to call the provider then want to join and then that provider would manage the switching for them.

Nigel also asked about pricing transparency. He explained: “The problem with pricing is that some people who sign up for a new phone may continue to pay for the cost of the handset even after the initial 24 month contract period. This means that they are paying for their device twice!”

Ms White confirmed that she was also looking into this issue and the question of price transparency in the mobile sector more broadly.

After the committee meeting Nigel Huddleston said, “Sharon White gave encouraging answers to my questions and I was glad to hear that these issues are on OFCOM’s radar. But now I want to see action.

“Many constituents have contacted me about poor mobile coverage and service standards. So, it is not surprising that they very annoyed when they find out that they are paying more for their service than they really need to.

“My constituents can rest assured that I will be holding OFCOM to account to ensure that they do what they have promised and deliver a good deal for consumers.”