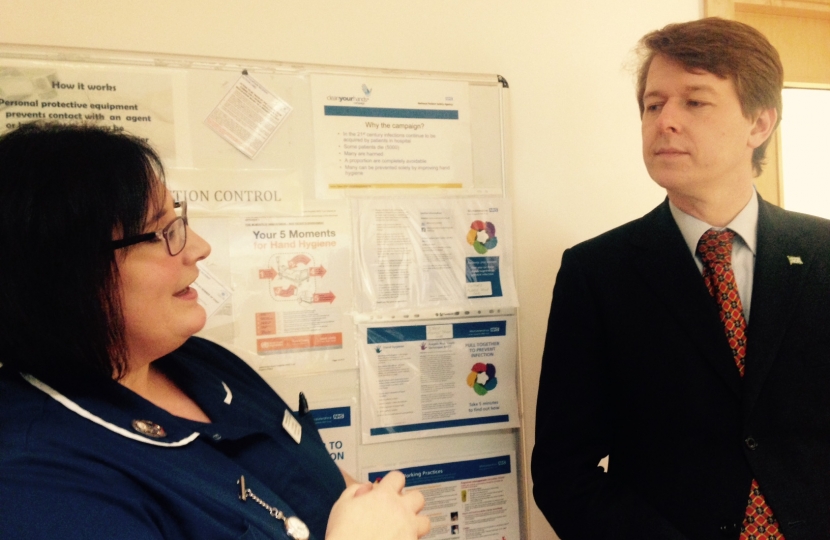 Worcester MP Robin Walker has welcomed a milestone move by the Chancellor Philip Hammond in today’s Budget to provide dedicated mental health teams to every school and hospital emergency department in the country.

The funding comes as a £2billion increase in mental health spending was announced in today’s Budget, part of a £20 billion five-year package for the NHS that was first announced by Theresa May over the summer. Overall it will increase the proportion of the total NHS budget spent on mental health services to just over 10.5%.

The new school units, which will be staffed by professionals with mental health qualifications, will be linked into new “specialist crisis teams” for young people in every part of the country. The plan, being developed by NHS England, is designed to link schools, social services and local NHS mental health services to ensure that individuals do not fall between the cracks.

In addition to mental health in schools, the Treasury said that the money would pay for new 24-hour mental health support teams in every major A&E department. It will also help to establish a fleet of new mental health ambulances that can respond to 999 calls and provide immediate psychiatric assistance.

The announcement comes after Robin first called for improved mental health support for A&E departments in a 2015 debate in Parliament, in which he urged Ministers “to consider the case for all emergency departments, especially those as busy as the one at the Worcestershire Royal Hospital, having 24-hour access to mental health experts.”

In his speech at the time, Robin gave the example of a constituent who had been denied treatment because of the absence of specialist care. This led to an emergency in which police and ambulances needed to be called out, with Robin arguing it was a false economy to cut back on such a service.

Commenting on today’s announcement, Robin said: “This is an extremely welcome move by the Chancellor, and one which I have long argued is necessary to provide the emergency support and care that those experiencing a mental health crisis require.

“I know from constituents the great anguish which can be caused when proper treatment is not available in a timely manner and I hope that this investment will be swiftly put to use in our local hospitals to ensure emergency treatment is available when needed.”

“What’s more, the funding to introduce new professional mental health support teams in schools will go a long way towards supporting our children and young people at an age where mental health problems such as depression, anxiety, or eating disorders can first become apparent.”

The Chancellor also announced that plans for special ambulances to treat people with conditions like depression, anxiety and PTSD are part of the new measures to ensure mental illnesses are treated as seriously as physical ones. The vehicles will look like normal cars and are designed to reduce stigma.

Plans for community safe havens for those suffering mental ill health were also announced in the Chancellor’s Budget statement.