Member of Parliament for Newcastle-under-Lyme

Aaron Bell was elected as the Conservative member of Parliament for Newcastle-under-Lyme at the General Election in December 2019, with a majority of 7,446

Married to Emily with three children, Aaron co-owns DivideBuy, a growing financial technology business based in Brunswick Street, Newcastle and employs over 40 people.

Aaron has stated his aims with a focus on improving the town centre by building on the recent government announcement to include Newcastle in the Future High Streets and Town Deals funding. A priority will be a redevelopment of the Ryecroft site.  He will also lobby for better transport connections and traffic improvements.

“I am firmly of the opinion that Brexit needs to be delivered to allow the country to reunite and move on to tackle other important issues. Locally Newcastle needs an MP who will work constructively with the government to deliver the changes we so badly need and who will be local champion for our area.

“Jeremy Corbyn’s Labour Party offers nothing for Newcastle-under-Lyme except uncertainty. He has repeatedly blocked the country having its say in an election, because he doesn’t trust the people and won’t deliver the change they voted for. His offer has been clear: more pointless delay and a wrecked economy, leaving local people with higher taxes and fewer jobs.

“Only Boris Johnson and the Conservatives will get Brexit done, deal or no deal, and get on with delivering the change that people voted for.” he added. 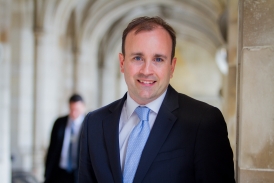