Member of Parliament for Sutton Coldfield

Andrew Mitchell has been MP for Sutton Coldfield since 2001. Previously he was the MP for Gedling from 1987 to 1997. During this period he held office as a Government Whip and as Minister for Social Security. He also served as a Vice-Chairman of the Conservative Party from 1992 to 1993. In November 2003 he was appointed Shadow Minister for Economic Affairs and subsequently Shadow Minister for Home Affairs.

Andrew was a member of the Cabinet from 2010 to 2012 as Secretary of State for International Development and Chief Whip.

An experienced and highly effective MP, Andrew is committed to serving the people of Sutton Coldfield. He is currently campaigning on a number of important local issues in Sutton Coldfield and very active in addressing issues of local development where he feels they adversely affect the Town, especially the ongoing threat to Sutton’s Green Belt. He has also been focusing on campaigns to regenerate Sutton’s Town Centre and to restore its historic status as a Royal Town. 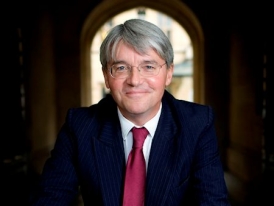