Member of Parliament for Shrewsbury and Atcham

Daniel was first elected as MP for Shrewsbury and Atcham in 2005. Since being re-elected in 2010 with an increased majority, he has served as Parliamentary Private Secretary in DEFRA and for the Secretary of State for Wales.

Before becoming an MP, Daniel studied Business with French at the University of Stirling and worked for 12 years as an international accounts manager in the telecommunications industry.

Daniel is an expert on relations with the Middle East and is Chairman of the All Party Parliamentary Groups for Saudi Arabia and Libya. He was a key commentator during the Libya conflict having written a book, “Seeking Gaddafi”, one year before the revolution.

As well as tirelessly representing Shrewsbury, in this Parliament Daniel has focused on improving exports for SMEs and securing inward investment, writing a report scrutinising the performance of UK Trade and Investment (UKTI). 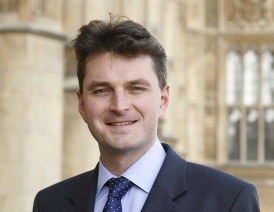