Member of Parliament for Stoke on Trent South

Jack Brereton was born and bred in Stoke-on-Trent, and lives locally with his wife Laura and their son William.

As a local man, and a councillor since 2011, Jack has extensive experience in the local community. He has served as a governor at Hillside Primary School, and as the City Council cabinet member for regeneration, transport and heritage. In this role, he was responsible for delivering £500 million of investment into Stoke-on-Trent to improve local infrastructure.

Since taking his seat in Parliament, Jack has continued to raise issues affecting Stoke-on-Trent, and has supported the Prime Minister’s position in the Brexit negotiations at every stage. 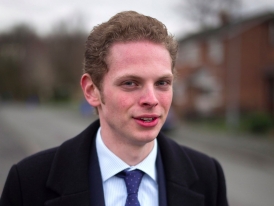