Member of Parliament for Solihull

Born in 1972 on a council estate, Julian’s father left home when he was ten. His mother  - a telephonist – had to work two jobs to keep a roof over their heads. So Julian went out to work at 16, while studying, times were very tough as the household debts built up. But Julian got through it and he became the first member of his family to make it to University.

Julian graduated in a recession and was forced to move to London to find work. “There hasn’t been a week I haven’t grafted since I was a kid”. Eventually, Julian got a break at the lowest rung in journalism. Working eighty hours a week, Julian rose through the ranks, became a successful published author and a campaigning consumer journalist for BBC News. In 2007, he joined the Independent as their Money & Property Editor – helping fight for consumers across the country. “No matter what I achieve in life I never forget where I came from. My life has been about struggling to overcome adversity and it means I understand the sacrifices individuals and families have to make to get on in this world”.

After two years campaigning for the constituency, Julian was elected as Member of Parliament for Solihull on Friday 8th May with a majority of 12,902. He is married to Philippa, a former nurse. 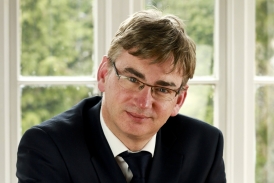