Member of Parliament for Wyre Forest

Mark was born in 1963 in London and is married to Caroline. Together they have three young children; Edward, Jemima and George. Mark went to school at Charterhouse, in Surrey, before embarking on a career in the City of London in 1982.

Mark was elected to serve the constituency of Wyre Forest in 2010, but has been an active campaigner in the area since January 2004, standing for election at the 2005 General Election.

Mark serves on the influential Treasury Select Committee and brings a wealth of knowledge from his experience in banking and investment management. Mark also serves as an officer on a number of All Party Parliamentary Groups, including The Economy of the West Midlands, Telehealth, Space, Economics Money and Banking, and Infrastructure.

Mark is a governor of Kidderminster College and takes an active interest in the local community in Wyre Forest, supporting local charities organisations. Outside Wyre Forest and his political interests, Mark is a Freeman of the City of London, sitting on the Court of the Worshipful Company of Coachmakers. In his free time, Mark is an enthusiastic photographer as well as a keen target rifle shot.

Mark served as a councillor of the Forest of Dean District Council between 2003 and 2007, where he gained valuable experience of local government, especially with regard to budget setting and use of resources.

In 2004, Mark was selected to fight the seat of Wyre Forest and secured the largest gain in the country, with a 14% swing to Conservatives and an increase in the Conservative vote of 45%. Mark went on to fight the 2010 election, winning the seat from incumbent Dr Richard Taylor.

With extensive experience in business and finance, Mark is championing the cause of the local economy and business in Wyre Forest. Mark has been involved in a number of campaigns, including fighting the Labour government's plans to shut Kidderminster's driving test centre. But it is the plight of business and commerce that drives Mark’s local agenda and he is actively involved with the local business community, seeking ways to improve the local economy. 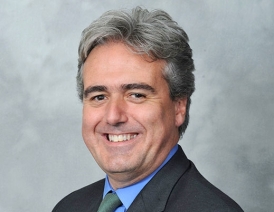