It is a great privilege for Mark to represent his home town in Westminster as Rugby’s Member of Parliament. The constituency includes the urban areas of Rugby and its surrounding villages of Ansty, Binley Woods, Brandon, Brinklow, Bulkington, Churchover, Church Lawford, Clifton, Long Lawford, Monks Kirby, Newton, Pailton, Shilton, Wolston and Wolvey.

Mark has always been active in local politics serving as a Rugby Borough Councillor between 2000 and 2007 before entering Parliament in 2010. Mark is an extremely active constituency MP and always fights for what is best for Rugby in Westminster. At the 2015 General Election, Mark was re-elected as Member of Parliament with an increased majority.

Since becoming a Member of Parliament, Mark has helped many local residents, organisations and charities. Mark is passionate about the game of Rugby and has done a great deal to ensure that the town receives the recognition it deserves as the birthplace of the game. He also played a key role in the town’s preparations for the 2015 Rugby World Cup, helping to organise local celebrations and events as well as helping promote the town as a tourist destination for rugby fans from across the world.

Last week the government announced additional funding for local authorities in England to help ease pressures over winter, including £2.2 million extra for Warwickshire.

MPs from across party lines have called on the Government to provide greater support to early years childcare providers during a Parliamentary debate attended by Rugby MP Mark Pawsey.

Rugby MP Mark Pawsey got a first-hand look at the future of the automotive sector when AXA & Westfield Technology Group brought their new driverless “pods” to Parliament.

Small Businesses could be eligible for support from the Small Business Commissioner according to Rugby MP and former businessman Mark Pawsey.

Rugby MP Mark Pawsey last week drew attention to the significant increases in the number of children being educated at home during Questions to the Prime Minister, Theresa May.

Rugby’s Member of Parliament, Mark Pawsey has today welcomed news that a trailblazing project to tackle homelessness in Rugby and Warwickshire, led by Rugby Borough Council, has received an £855,000 grant from the Government.

Just fifteen months after the London Taxi Company’s ground breaking ceremony in Ansty, Warwickshire, Rugby MP Mark Pawsey has returned to the site to see the progress made at their new factory in his constituency - the first new car factory to be built in the UK for almost 15 years.

Rugby’s Member of Parliament, Mark Pawsey is calling on couples to take advantage of the Marriage Allowance, which could save families up to £220 a year.

Nissan’s decision to back British business and invest in the UK has been welcomed in the House of Commons by Rugby MP Mark Pawsey. 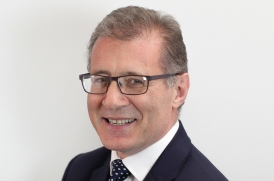