Member of Parliament for Lichfield

Michael was born in Brighton in 1950 and has a Bachelor's degree in Economics and Law from Loughborough University and a Master of Science degree in Operations Research from the University of Sussex. He undertook postgraduate doctoral research in Economics and Forecasting at Oxford, London University, and the University of Southern California in Los Angeles. He is also a Chartered Engineer, and a Fellow of the Institution of Electrical Engineers. He was a 100 and 220 yard sprinter for school and university "before they changed it all to metres". Michael speaks good French and German - and a little Dutch and Russian.

For eleven years prior to his election to Parliament, Michael was a Senior Director and Co-founder of an international broadcast manufacturing and management group whose clients in 48 countries throughout the world included the BBC, Radio Moscow, the Netherlands Broadcasting Corporation, Radio Uganda, the Italian State Broadcasting Service, Icelandic State Broadcasting Service, and many independent radio stations both abroad and in the United Kingdom. Michael was responsible for the long-term strategy of the group and for its export sales. He also acted as a consultant in the early days of the Russian Federation advising how to operate a broadcasting network in a democratic society. As a consequence, he is widely travelled having worked worldwide.

Prior to this, Michael was a radio broadcaster in news and current affairs. He was also managing director of an independent radio consortium whose President was Dame Vera Lynn. He was first employed as an economist.

Before going up to university, he taught physics and chemistry for a year in a state secondary school. While studying for his doctorate, he tutored Master's degree students at London University and the University of Southern California in statistical methods in economics.

Prior to his being elected to Parliament, Michael was Chairman of the Brighton Pavilion Conservative Association for three years and, before that, he was Chairman of its Political Committee. He initiated a series of Conservative Political Conferences hosted at foreign embassies in London including those of the former Soviet Union, South Africa, and Turkey. At the Conservative Party Conference, he inaugurated and edited the first daily Party Newspaper. Two years later he organised Europe's first Party Conference Radio Station broadcasting in stereo FM continuously through the conference week.

He was Parliamentary Private Secretary to the Financial Secretary to the Treasury from April 1996 until the General Election in May 1997. He was appointed to the Home Affairs Select Committee, which scrutinises the work of the Home Office and Home Secretary in July 1999. He was formerly a member of the Culture Media & Sport Select Committee. In June 2003, he was appointed Shadow Minister for Trade & Industry. In November 2003, he became a Shadow Minister for Economic Affairs. Since May 2005, he has served as an Opposition Whip.

Michael has also been an active in a number of all-party interest groups. He has been the Co-Chairman of the All-Party Internet Group and the Royal Marines All-Party Group (he was attached to the Royal Marines in 1998 as part of the Armed Forces Parliamentary Scheme), additionaly her has been Vice Chairman of a number of All-Party Committees including The Film Industry, Smoking & Health, and is Treasurer of the All-Party Motorcycle Group. He is also a member of the Cable & Satellite and Media Committees.

He was active in Conservative Party politics at university, but when he was 13 in 1963 he stood in school elections as the communist Party Candidate because "someone was already standing as the Conservative Candidate!"

Since being elected to represent Lichfield, he says "Wherever I now go, I feel compelled to check whether the crockery is made in Staffordshire and the toilets from the town of Armitage". 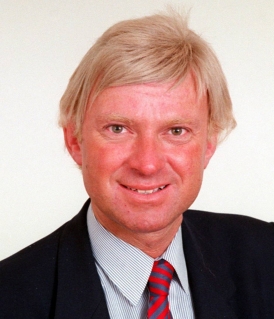