Nigel has more than 20 years business experience – having spent 17 years as a management consultant in the US and UK and the last four years as the Industry Head of Travel at Google.

At the 2010 General Election Nigel stood as the Conservative candidate for Luton South where he more than halved the Labour majority. He has also been a district councillor.

He is married to Melissa whom he met while studying for a Masters Degree in business at UCLA in California. They have a son aged 8 year and a daughter aged 6, who both attend local state schools in Worcestershire where they live.

Nigel’s political priorities include: creating an environment in which businesses can thrive and generate jobs; the provision of decent local health and education services; and protecting the rural environment and way of life.

Nigel was elected as the Conservative MP for Mid Worcestershire in 2015. 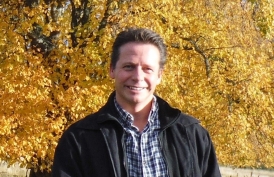