Member of Parliament for Bromsgrove

Sajid is a proud British-born son of an immigrant bus driver. He was raised in tough neighbourhoods and made the most of state schools to win a place at Exeter University. Sajid then went on, at the age of 24, to become the youngest Vice President in the history of Chase Manhattan Bank and was later headhunted by Deutsche Bank to help raise investment for developing countries.

He and his wife Laura are the proud parents of four young children.

Sajid is also Ministerial Champion for the Midlands Engine. 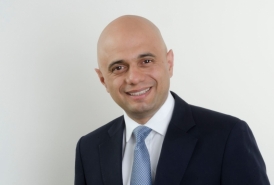