Member of Parliament for Meriden

Saqib Bhatti MBE was elected as the Conservative Member of Parliament for the constituency of Meriden in the December 2019 General Election with a majority of 22,836.

Succeeding Dame Caroline Spelman as MP for Meriden is described by Saqib as a very great and personal honour.  He continued "Dame Caroline served Meriden and the Conservative Party with such distinction and hard work that I know I have much to live up to".

Saqib graduated in 2007 from the London School of Economics and Political Science and is an Accountant by profession.

Saqib is of Pakistani ancestry and was appointed an MBE in the 2020 New Year Honours, for diversity and inclusion in the business community while he was President of the Birmingham Chamber of Commerce. 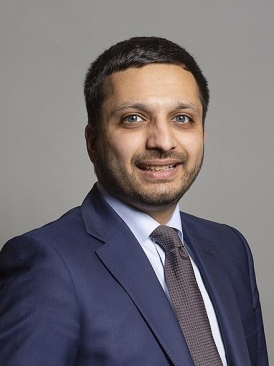