Sir William Cash (Bill) has been a Conservative Member of Parliament since 1984 and has represented the Stone constituency since 1997. He is the elected Chairman of the House of Commons’ European Scrutiny Committee (2010-). In May 1984, he was elected as MP for Stafford where he remained until he was elected to the newly created constituency of Stone in 1997.

He was Shadow Attorney General and Shadow Secretary of State for Constitutional Affairs between 2001 to 2003. Bill has campaigned against federalism in Europe. In addition to constitutional and European affairs, Bill takes a strong interest in the developing world. He is Chairman of the All-Party Parliamentary Groups on Sanitation and Water in the Third World, Malaysia, Kenya and Uganda, and Vice-Chairman of the All-Party Parliamentary Committee for Tanzania. His Private Members Bill, the International Development (Gender Equality) Bill - or ‘Bill’s Bill’ - received Royal Assent in 2014. 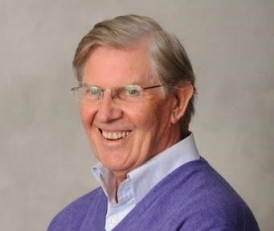